Often in the course of research initiatives, there often comes a time that precipitates the requirement for complete qualitative (who, molecular structure) and quantitative (how much) analyses of the components contained within a complex sample matrix. Such situations are common to research programs in chemistry, biochemistry, biology, medicine, toxicology, oceanography, food and nutrition, environmental chemistry, biology, pharmaceutical development, etc. These qualitative and quantitative results on individual sample components are most often completely necessary and essential before information can be assimilated, conclusions can be drawn, hypotheses developed, and appropriate next steps developed. There are a notable number of well-documented approaches by which complex mixtures can be separated into their component parts, however, the most popular and proven technologies are most often linked to chromatographic separations.

It is well that these chromatographic technologies have the capability to separate the components of complex mixtures. However, once separated, the component structures must then be determined (qualitative) as well as their amounts quantitatively described. These processes are effectively executed through the judicial application of an array of detectors as well as information rich detectors that possess the capability of both detecting sample components as well as determining their structure and providing for quantitative determinations.  Detection of the separated components in GC, LC and SFC can be made by various means, one of the most sensitive being a mass spectrometer. The mass spectrometer can detect and record the relative masses and abundances of ions that are produced from compounds that have been separated using chromatography giving structural information, resulting in both qualitative and quantitative capabilities. Other common detectors are ultraviolet (UV) that can detect and quantitate components having a chromophore, and is commonly used with LC and SFC, while flame ionization detector (FID) which is commonly used with GC analysis can provide detection and quantitative capabilities.  Also, there are other detectors that are more selective (fluorescence for molecules having this physical property, nitrogen-phosphors detector(NPD), for molecules containing nitrogen and phosphorous, electron capture detector (ECD), for molecules having functional groups like nitrates, halogens, NH2,  etc.) and are employed with selected chromatographic techniques for the detection and quantitation of compounds having somewhat unique functionalities.

Speaking in generalities, most often GC is employed when sample analytes possess thermal stability and can be volatilized without decomposition at elevated temperatures, such as ~250°C. Most often LC is applied to samples with documented water solubility and thermal instability. SFC finds applications in both categories. 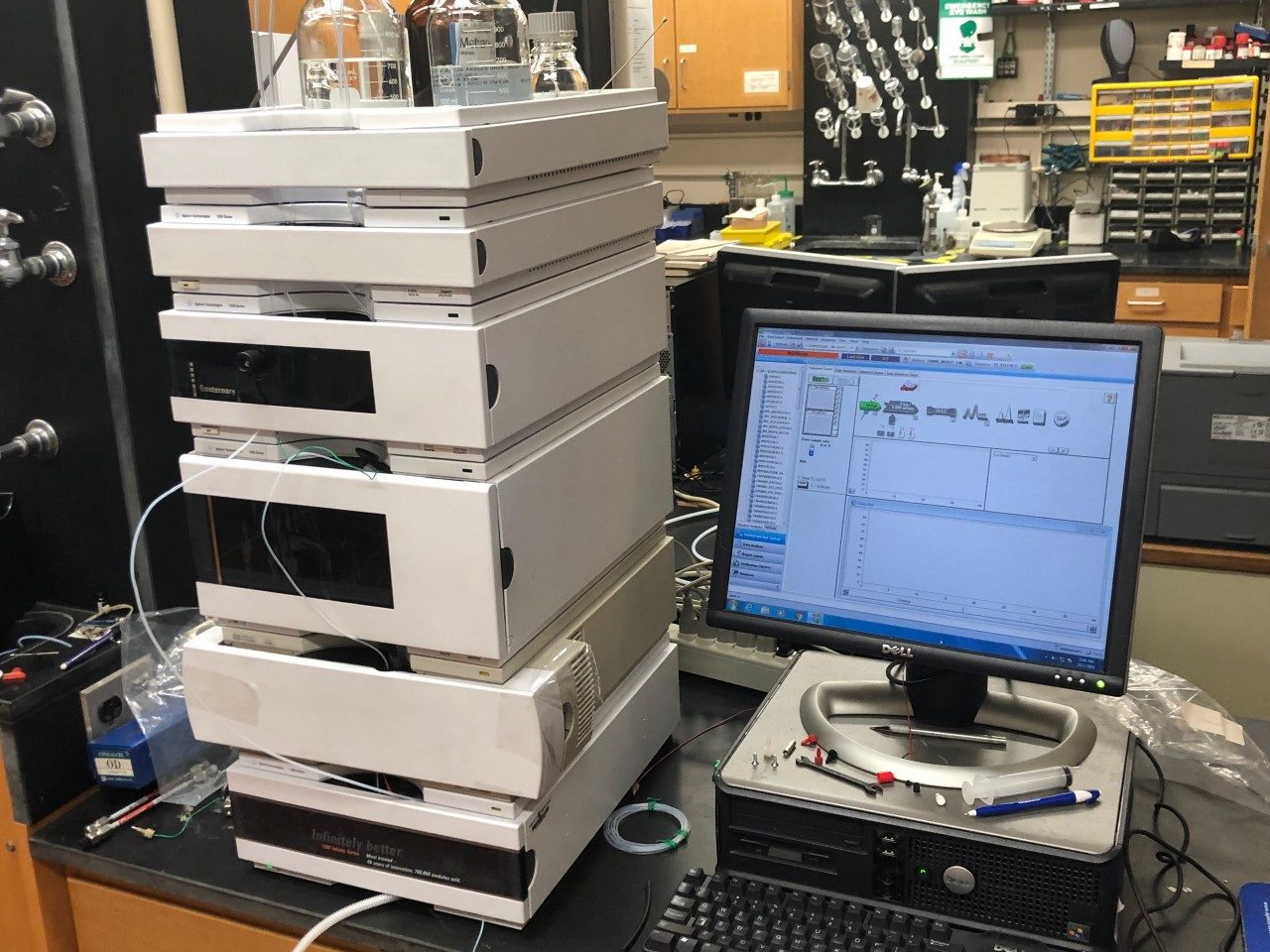 Agilent 1200 HPLC equipped with DAD, ELSD, and FL for analysis of organic and inorganic compounds 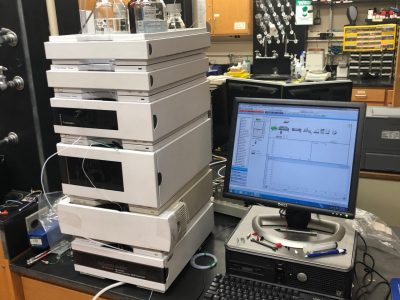 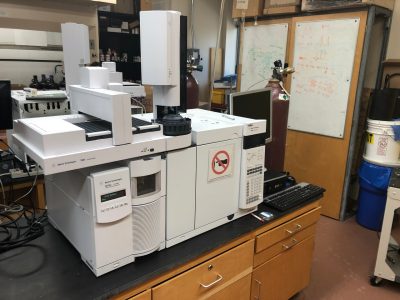 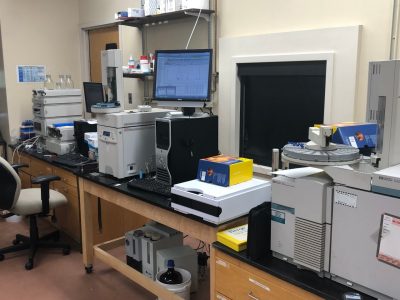 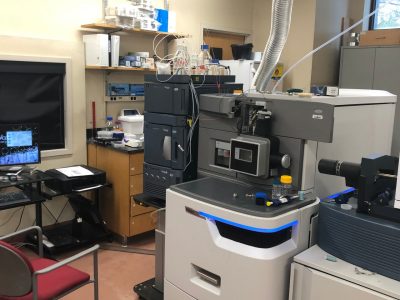 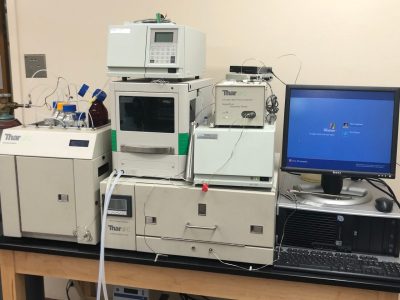 Instrumentation for analysis of small and relatively large molecules

The Virginia Tech Department of Chemistry Chromatography Center provides both custom and routine chromatographic testing for a wide range of analytes and applications.  Whether it is for routine analytical testing or the development of challenging or specialized analytical methods for your large or small molecule, the Chromatography Center’s highly experienced analytical chemists use up-to-date, laboratory instrumentation to meet your research requirements and or quality standards. By integrating analytical method development and automation, turnaround times for both method development and analysis are very attractive. The basic qualitative and quantitative methods based upon GC, HPLC and/or SFC coupled with optimized detector selections allow wide flexibility to optimize your specific routine or research-based analysis needs. Specific analyses according to the latest compendial testing requirements or specific client-provided methods are routinely employed. In selected cases, development of specific target compound sample preparation procedures can be developed. For highly custom analyses involving possible detailed sample preparatory procedures or unique methods of analysis, please request a consultation with a technical expert.

Sample submission is by appointment only. Users should send email to Mashraf@vt.edu to make appointments. After the appointment is confirmed users should deposit samples in the Sample Box located behind the lab 1001. For further information, please refer to the COVID-19 Standard Operating Procedure document here.